In Figure 1 the variation in length of life inequality is shown for more or less "normal" situations. Even though the variation within and among countries is substantial, the dots occupy only a small part of the inequality/length of life space. However, sometimes extreme calamities take place -- wars, epidemics, famines -- in which life expectancy is reduced so drastically and inequality increases so much that the observation jumps out of this "normal" space.

As our database includes life tables for a number of such calamity years, we are able to give an impression of what happens with length of life inequality and life expectancy in those situations. The figures below present our data with these years included. 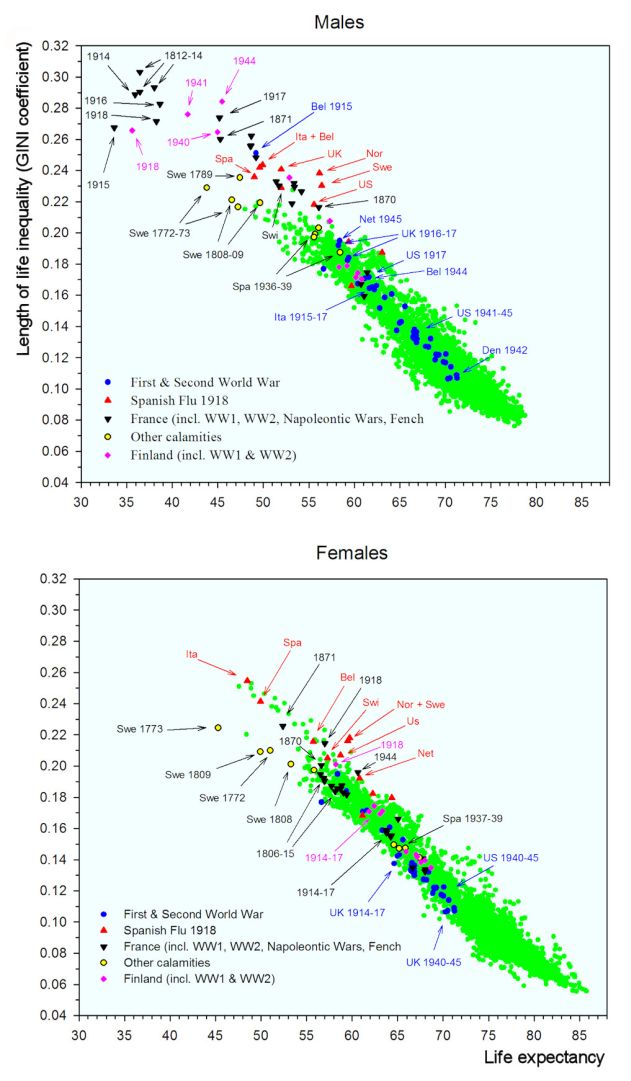 Another interesting observation is that the male mortality pattern is more heavily affected by wars than the female pattern, whereas the effect of the Spanish flu and famines looks about equal for males and females.