The Twin Database of the Global Data Lab provides information on 70,000+ twins in 76 low and middle income countries.

The data on twins are derived from Demographic and Health Surveys. In the DHS surveys birth histories are obtained from all usual resident women aged 15-49. Information on all live births is recorded, including whether it was a singleton or multiple birth. The Twin Database contains birth history data collected in 150 DHS surveys held between 1987 and 2010 in all regions of the developing world.

From our Twin Database the first comprehensive picture of twinning across the developing world was derived, revealing very high rates across Central Africa andlow rates in Asia and Latin America. The twin figures are published in:

Twins per 1000 births in 76 developing countries 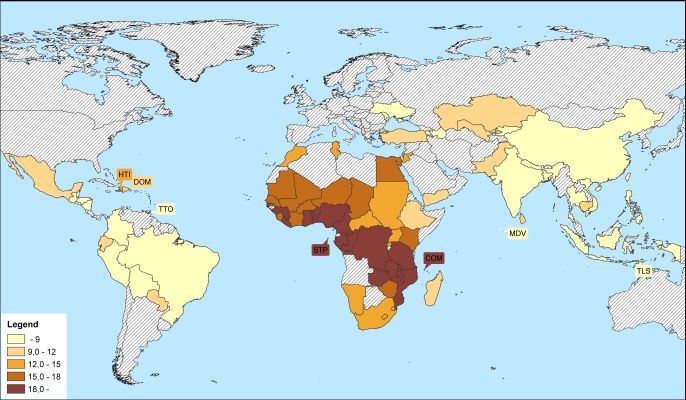